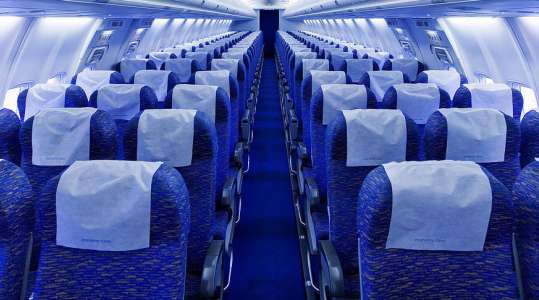 For business travelers, a good airline seat can make the difference between being productive and comfortable or being behind in your work with an aching back. But despite best efforts, it can be very hard to parse through information available online to understand the differences in the seating options available. Our UNIGLOBE Travel expert start a 3-piece series to clear through the clutter by providing some clarity on airline cabins and seats. This month, we start with understanding the seat measurements and terminology.

This measurement is not universal but is most commonly the “cushion width”. On most economy seats, it is the width between the midpoint of two armrests.  However, on first/business class seats where it is typically the cushion width, the wider/solid armrests will provide you with much more space than the stated width.

This is generally the distance that the top of the seat moves when reclining (The seat moves a greater distance at the top than at the point of the fulcrum…we could go into more detail but don’t want to take you back to 9th grade math). This also isn’t a universal measurement as some airlines actually display this as the number of degrees of recline.

Some airlines, such as Allegiant and Spirit, have no recline on any seats. This is a cost savings measure as the seats are cheaper to buy and maintain.

Delta Air Lines recently announced that they were limiting the recline of seats on its A320 aircraft. Specifically, seats would still recline, but the distance was to be reduced by two inches. This is a measured plan (pardon the pun) to provide a balance between recline comfort and the ability for the passenger behind to use a laptop or view the seatback TV screen. The aircraft that will have this change generally fly business-oriented routes shorted than two hours.

This is the most standard measurement, but also the least informative and most misunderstood. It is the distance between any point on a seat (such as the front edge of the cushion) to the same point on the seat behind.

The seat pitch measurement is an almost irrelevant data point because the relationship between it and the amount of space you have is also affected by the thickness of the seats themselves.  Many airlines have opted for “slimline” seats which use thinner materials, less seat back cushioning and a lighter frame. An airline using these seats and indicating a 30 inch seat pitch might offer more legroom than an airline using older/thicker seats with a 31 inch seat pitch.

Many travelers use seat comparison websites like Seatguru.com to compare seats stats. Due to the shortcomings with the measurements, we think its problematic to use sites like that to compare seats across different airlines, or even different aircraft from the same airline.  However, when choosing your seat on a specific plane, it is a good resource for avoiding seats that might not be as desirable.

More on our blog ⟶

How Safe Is Flying Today?

What to Expect in the New World of Travel?